The Formation of Counties in South Carolina

Antebellum county government and the original governmental units were quite different from today's county council and landscape of counties. County government was originally created by the General Assembly to be a local extension or branch of the state government. At first, local government had few resources, little regulatory authority, and could only provide limited and basic services, such as justice, roads and ferries, some poor relief, and the supervision of elections. After 1895 legislative delegations administered the majority of the affairs of counties, which were funded through a "supply" or local appropriations bill passed by the state legislature. After 1945 control by legislative delegations gradually gave way to county councils as the county's governing board. Subsequently, a 1973 constitutional amendment and the passage of the Local Government Act (Home Rule Act) in 1975 allowed greater "home rule" or more direct local responsibility for spending decisions and personnel management, thus allowing counties to become significant service providers on their own. 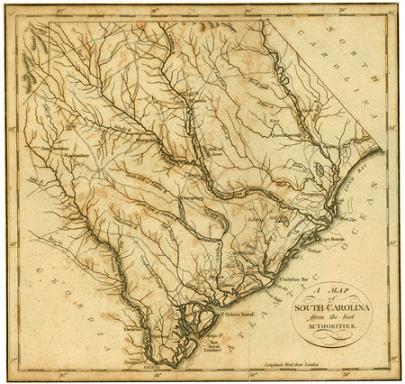 Because records are arranged under the county of origin or the county inheriting the record, understanding the development of counties is important. Counties have existed in one form or another since colonial days, beginning with the establishment of three coastal counties in 1682. Prior to 1785, however, most of the records that are now created at the county level were instead maintained by the central government in Charleston. Anglican parishes were used as election districts and had responsibility for road development, care of the poor, and education. Geographic administrative areas were historically tied to the courts. Counties existed from 1785 to 1799 as judicial and administrative units; were changed to districts from 1800-1868, and were finally given the designation of "county" by the State Constitution of 1868. To the right are links to maps of South Carolina as its political landscape changed from colony to statehood. 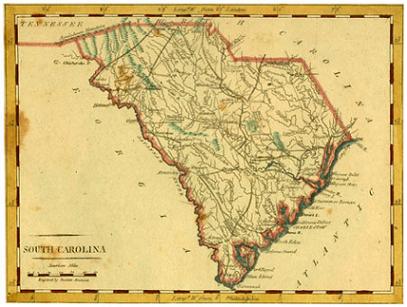 Maps Tracing the Formation of Counties:

Parishes of the Anglican Church

Current Maps of the state

Purchase reproductions of the 1826 Mills Atlas in the SC Archives gift shop or online.