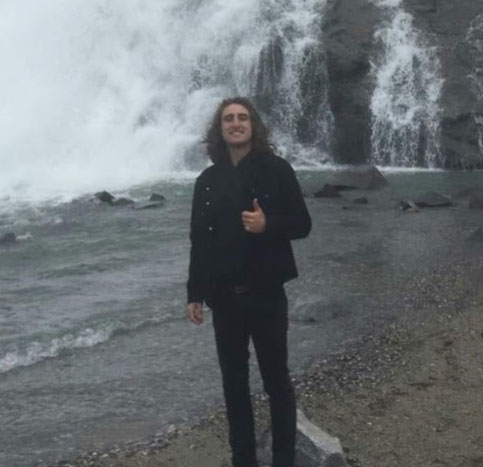 I am originally from California, specifically I was born in Laguna Niguel. I moved around to multiple parts of southern California with my parents as a kid, but ended up going to high school just outside of Los Angeles. After I moved up to San Francisco where I completed my B.A. in History in 2018 at San Francisco State University. While there I specifically focused on ancient and medieval history, often focusing on Roman history. During my senior year of my undergrad I was often reading and utilizing archaeological site records to supplement historical research which prompted my shift to archaeology. After I graduated with my B.A., I moved to Scotland where I completed my MSc. in Archaeology in 2019 at the University of Edinburgh. While there I focused heavily upon Zooarchaeology and Roman archaeology. After completing my Masters degree, I returned to California where I began working as an archaeologist for the United States Forest Service helping to lead archaeological surveys. Specifically, I started in northern California at Shasta-Trinity National Forest in 2020. Last year, 2021, I moved to northwestern Pennsylvania and performed a similar position at Allegheny National Forest.

What do you do as the SC SHPO Archaeologist?

As the South Carolina SHPO Archaeologist I review federal and state projects with the potential to affect archaeological resources within South Carolina, the majority falling under Section 106 of the National Historic Preservation Act which stipulates that federal agencies take into account the effects of their “undertakings” on historic properties listed in or eligible for listing in the National Register of Historic Places. Federal agencies I work with range from the United States Forest Service to the U.S. Army Corps of Engineers. I specifically review projects that can affect archaeological resources for South Carolina state agencies such as DHEC-OCRM, DHEC-Mining and the SC Department of Commerce. Other duties of mine include performing site visits to provide technical advice to cultural resources contractors or state and federal agencies, providing archaeological expertise for planning and reviewing National Register Nominations as well as serving on the Interagency Review Team for the U.S. Army Corps of Engineers mitigation banks. I also answer general archaeological inquiries from the public.

Why did you want to be an archaeologist?

As I previously stated I began my academic career in history and became initially interested in archaeology after supplementing historical research with archaeological site records. Since I was a child, I have always been intrigued in learning, understanding and contributing to the preservation of the past. As Archaeology and History are holistically intertwined, it felt like a natural discipline to transfer into. I also became fascinated with multiple archaeological sub-disciplines, specifically those of Zooarchaeology and Battlefield Archaeology.

So far one of my favorite parts of this position has been contributing to the protection and preservation of the rich archaeological record here in South Carolina.

As I wrote my Masters degree on Roman Monumentality in North Africa, I will have to say the Roman Empire, but here in North America I find the Colonial period and the Civil War era to both be fascinating.