Over the past year, the South Carolina African American Heritage Commission (SCAAHC) has been conducting a detailed survey of extant buildings that once housed businesses listed in the Negro Motorist Green Book, a travel guide that provided African American travelers with information about businesses that accommodated Black customers to help them avoid the embarrassments, difficulties, and dangers caused by southern Jim Crow laws and de facto segregation in other sections of the country. First published in 1936 by New York postal worker and entrepreneur Victor Hugo Green, his wife Alma, and his small, dedicated staff, the Negro Motorist Green Book initially listed businesses in the New York Metropolitan area before adopting a national focus three years later.  Aided by a cadre of informants—many of whom were Black postal workers—the Green Book listed businesses in all 50 states and, by the 1960s, included listings in Mexico and the Caribbean.  Roughly 200 Black owned businesses and other institutions in South Carolina were listed in the guide between 1939 and its final edition published in 1967.

With grant funding provided by SHPO, the SCAAHC and WeGOJA Foundation developed an initiative to survey extant Green Book sites in six South Carolina cities—Charleston, Columbia, Cheraw, Florence, Greenville, and Mullins—where the vast majority of the businesses once listed in the guide were located.  I joined SCAAHC commissioner Strauss Moore Shiple, the project leader, and the Green Book research team on their search to rediscover these forgotten safe havens, places where Black travelers and residents could safely rest, dine, refuel, and stay overnight.  In addition to primary and secondary source research, our researchers toured the state and met numerous individuals who shared intimate details about these historic spaces, many of which are endangered.

Here is a snapshot of what we learned:  Only 39 of the 130 sites listed in these 6 cities between 1939 and 1967 are still standing, roughly 30 percent.  Twenty-nine of these extant Green Book sites can be found in Charleston (11) and Columbia (18), respectively.  Sadly, none of the businesses listed in Mullins remain standing but there appears to be remnants of a second generation Black business district a few blocks away.  Although numerous sites have been undergone varying degrees of alteration, others retained their original historic character. Holman’s Barber Shop in Columbia, built in 1944, will be reviewed for potential listing on the National Register at our next Review Board meeting on July 23rd. Another site, Cheraw’s College Inn Restaurant, is currently owned by the daughter of its original owner, Mr. C.C. Cole, and is still in operation today.  The Commission will share more about this incredible site in the next phase of the Green Book Survey project. 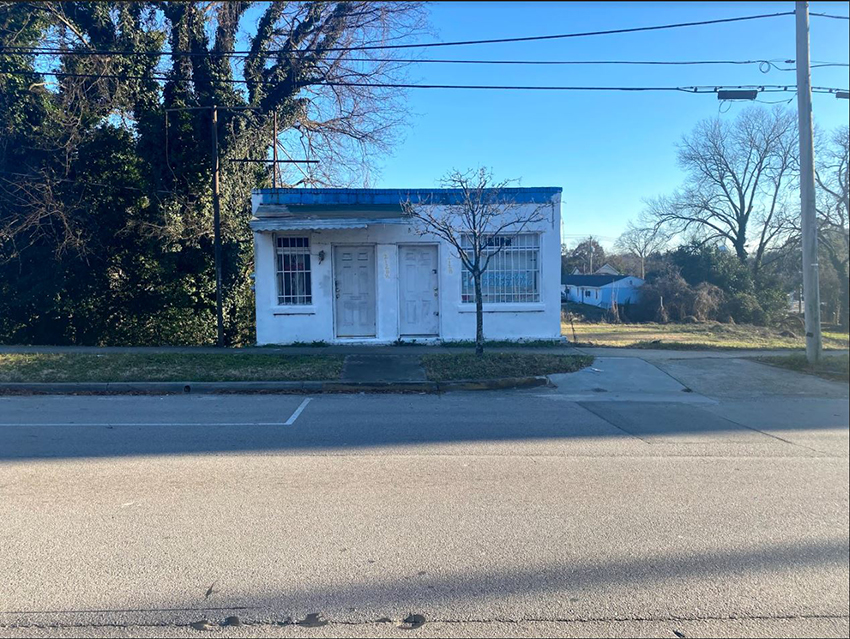 None of this would have been possible without the hard work of our excellent research team.  To conclude this phase of the project, we invited each of them share reflections about their experience studying these oasis spaces and the larger meaning of this work. 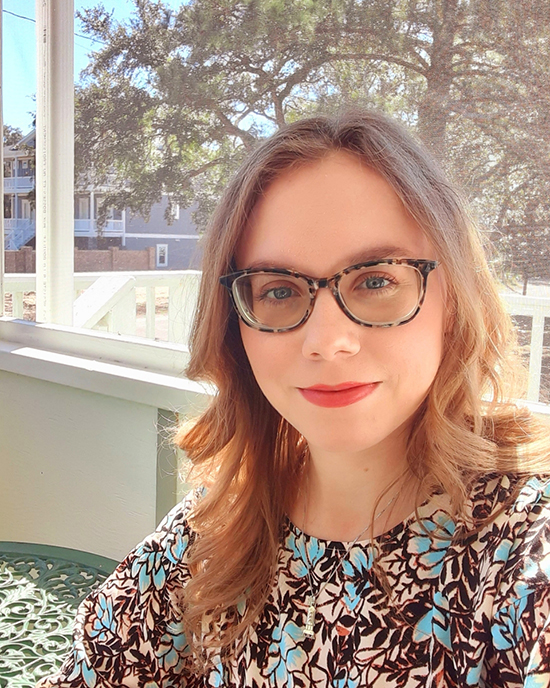 Working directly with communities throughout the state to protect businesses and homes associated with the Green Book and African American history was an incredible experience. The most enjoyable part of working on this project was meeting people throughout the state who showed love for their communities through the stories they told about these sites which had been such a big part of their lives. One such person was Mrs. Carolyn Cole-Greene in Cheraw, South Carolina, whose family owns the College Inn Sandwich Shop.. After inviting us into the small-rectangular brick building, we entered the main dining room which featured wood paneling, an L-shaped lunch counter with a maroon stripe along the bottom, and a series of wooden lunch booths with red tables against the opposite wall. Pictures of her father, Mr. Charles Cole, and her family covered the back of the lunch counter wall along with bottles and other miscellaneous objects that had been a part of the shop. Pointing to a picture of her father wearing a white button up shirt and doing the ‘twist’ at a local dance, she shared that he provided lunch to Coulter Academy students, local patrons, and Black travelers. The shop was also a safe space for Black youth and NAACP meetings. Mr. Cole later became the first African American councilman in Cheraw. Mrs. Cole-Greene beamed while sharing her love for the restaurant and memories of her youthful days working at the College Inn, where she recounted witnessing her classmates’ first dates over milkshakes and hamburgers. 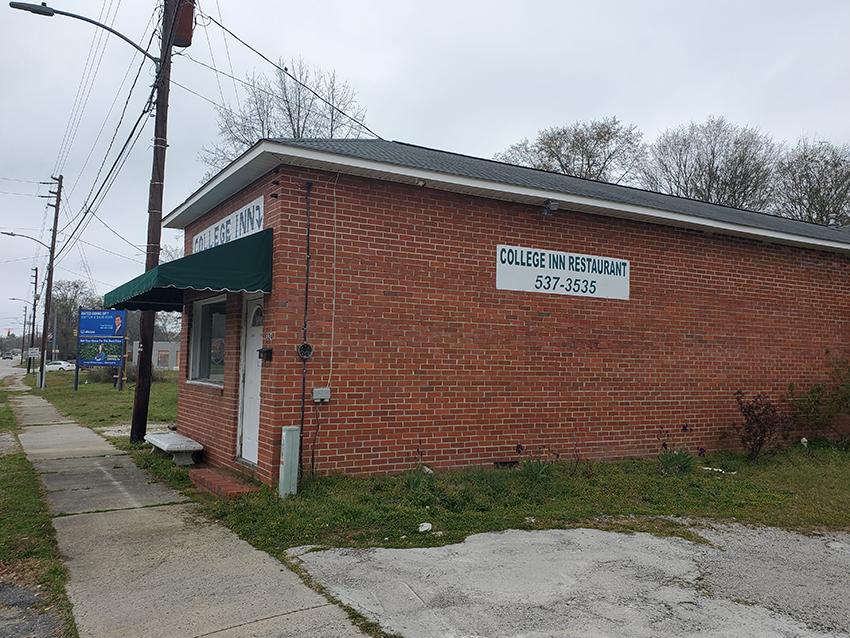 The constant struggle for civil rights and racial equality is a defining part of our nation’s history and identity, making it crucial to preserve, protect, and interpret historical sites which tell the experiences of those who lived through this struggle. The Green Book was a part of this story and provided African Americans protection and their communities’ strength during a time of unprecedented violence and discrimination across the country. Meeting descendants of former Green Book business owners and customers, hearing their stories, walking through the rooms and halls of these historical sites, was a powerful, unforgettable experience. These sites are essential for preserving African American culture, heritage, and identity in South Carolina and making visible their history for future generations. Surveying and interpreting these Green Book sites has been the most rewarding experience I have had as a student. I am grateful and honored to have been a part of this amazing project. 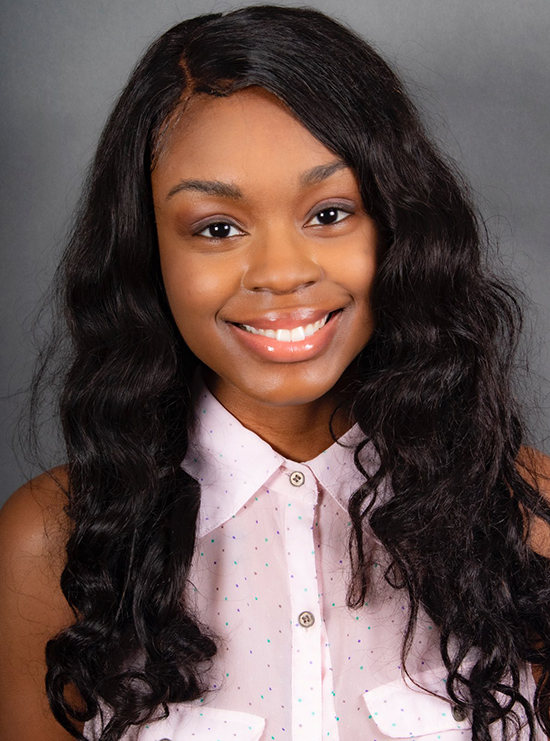 The Green Book Survey taught me how to be a preservationist and a vocal proponent for the liberal arts. My supervisors were friendly and gave me the confidence to test out specific techniques I learned during our training workshop. I improved my research skills and sharpened “soft skills” such as communication and time management. Green Book sites should be preserved in order to document the legacy of African American entrepreneurship and the struggle of Black people to improve their lives in difficult times.

My favorite part of this project was the networking. Thanks to this internship, I was able to meet a lot of local people who wanted to share their stories. This was inspiring in so many ways but mostly because I felt like I was both making a difference in someone's life and shedding light on forgotten South Carolina history. This internship definitely made me consider pursuing a career in this field. I am thankful for the opportunity. 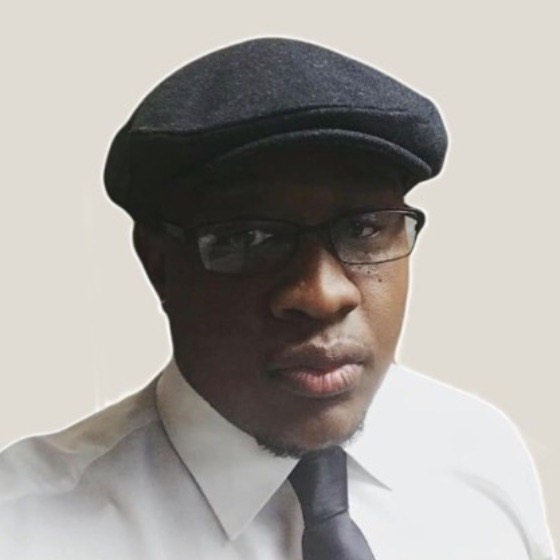 When I teach, I strive to push my students to think critically, evaluate learned information, test it against the arguments of others, and apply that information to the lived experiences of people. Rarely do I get an opportunity to engage with 'applied history, so when WeGOJA selected me as a researcher for the statewide Green Book Survey Project, I was thrilled and honored to be a part of the team.

The Green Book project allowed me an opportunity to apply the historical skills and methods that we acquire in a graduate school outside of a traditional academic environment to meet the needs of a community, city, or neighborhood. Collecting data is as challenging as it is fulfilling. Exploring local archives, gathering information from local directories, census records, property deeds, tax records, and collecting local oral narratives provides the information to construct, interpret, reinterpret, and reconstruct history to make meaningful connections between the past and the present.

As a Green Book Survey researcher, I gathered data and historical information to aid the preservation of 20 African American businesses. One property, in particular, looms in my mind. The Valerie Motor Inn in Chesterfield County, South Carolina situated seven miles outside of Cheraw, SC, on U.S. Highway #1, is an aging motor lodge that was built in 1960. Unlike in the past, its physical address was not listed in any phonebook or directory, and most of the record keepers in the tax office and deed office had never heard of it. After two days of scouring the records in the deeds office of Chesterfield County. I was able to local the legal address of the Valerie Motor Inn, which led me to the tax assessors’ office, where I was able to identify the previous and current owners of the Valerie Motor Inn. Through the collection of some local narratives, I located the address of the current owner. I interviewed him and met his mother, Ms. Lenora “Valerie” Powe, the building’s namesake. The duo shared that the Valerie Motor Inn was frequently visited by Dizzy Gillespie, a world-renowned jazz musician. I also learned that Ms. Lenora "Valerie" Powe was among one of the first African Americans to desegregate the University of Pennsylvania. 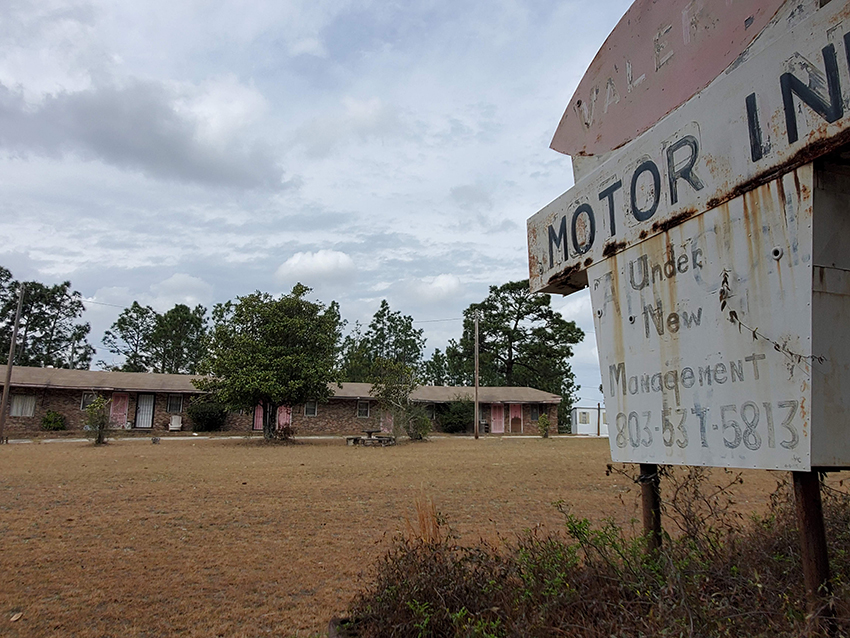